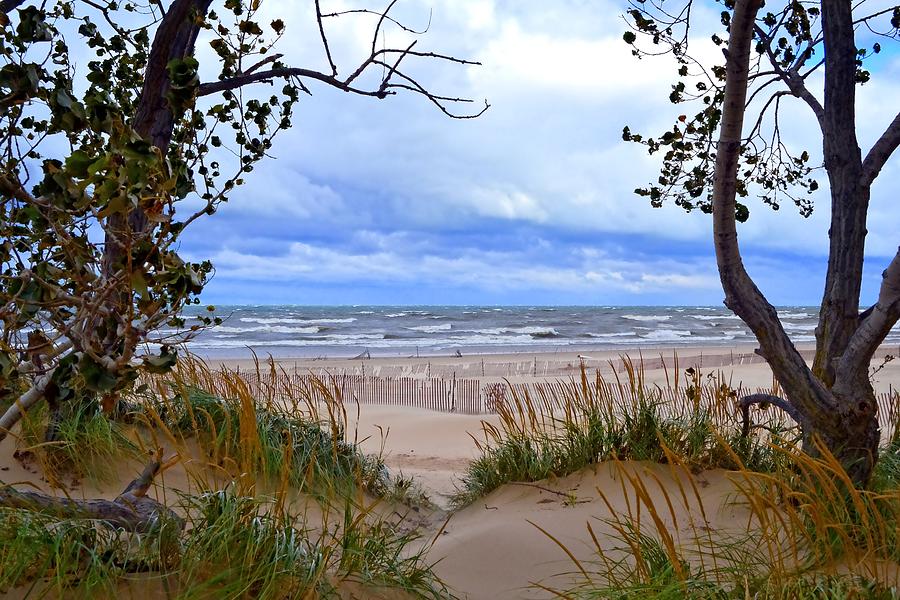 55 mile an hour winds buffet the beach at Holland State Park in late September. A 23-foot wave was recorded by the Lake Michigan mid-lake buoy - the highest since readings began in 1981. Recorded at 4 a.m. on September 30 with wind speed of 51 mph. The buoy is about 50 miles west-southwest of Holland, MI where the picture was taken at Holland State Park.